Immigrants provide a nation with cultural diversity, plus the stimulus and energy for economic growth

Posted on September 5, 2015 by Julius Willis

History proves that nations which welcome immigrants develop vibrant societies and robust economies. Immigrants bring in new ideas, new spirit, new enthusiasm and new industry. Immigrants have a distinct determination to succeed and an ethic of not willing to fail. The immigrant’s path to success is hard work, frugality, and an unquestioning loyalty to their host country and society.

The United States is the best example of what immigration does for a country. Immigration to the US started with the Christopher Columbus settlement, followed by the Mayflower pilgrims and waves of European and African settlers. Subsequently, farm workers from Asia (including China and Japan) satiated the American nation’s appetite for industrious, productive people. 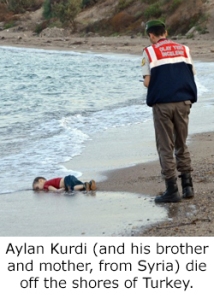 In Europe, Germany is the country that most welcomes immigrants. Its immigrant population has helped boost Germany’s per capita income to $47,590 per year. While taking in migrants itself, Austria is the primary gateway for immigrants headed to Germany. Greece and Italy – with a combined 13,200 miles of coastline – serve as the entry point for migrants to nations within the European Union.

Where do the migrants come from? More than one million Afghans have sought asylum in Europe in 2014 alone, while close to 3.5 million Iraqis have left their country for other parts of the world. Since 2011, over four million Syrians have fled in search of a better life. Thousands of Libyans, Eritreans, and Sudanese are risking boat trips daily for the shores of Europe.

Because of their already large Muslim population, France is holding back on accepting more migrants and England is taking steps to totally stop their influx.

The great famine that took place before World War I caused millions of Chinese to leave their country for elsewhere worldwide, which is one reason there are Chinese everywhere and why every major city in the world has a Chinatown.

But a little known fact is that out in the Far East, the Philippines, too, is a country of immigrants. The Philippines first migrants were Chinese escaping their great famine. During Russia’s Bolshevik Revolution, the Philippines took in hundreds of so-called “White Russians.” In the years before World War II, the Philippines became the only country in the world that willingly accepted Jews who were the target of Hitler’s persecution. And, more recently, the Philippines absorbed large numbers of Vietnamese who were escaping the victorious Viet Cong at the end of the Vietnam War.

Notwithstanding its pervasively corrupt government, the Philippines rates as a multicultural society with a vibrant and rapidly expanding economy and rising standard of living.