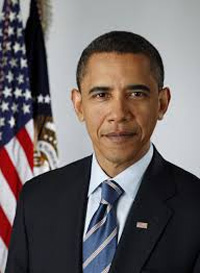 There is a lot of talk about the high cost of President Barack Obama’s forthcoming week-long trip to sub-Saharan Africa. The president and his entourage leave June 26 for the region where he will visit Dakar in Senegal, Johannesburg and Cape Town in South Africa, and Dar es Salaam in Tanzania.  Attention to this “high cost junket” was brought about by a Washington Post report (Document: Major resources needed for Obama Africa trip) that sets the price tag for the trip at between $60 and $100 million.

The implication in all the discussion is that the trip is unnecessary and that the amount of money to be spent on it is obscene in the face of the government’s current economic situation.

Much of the trip’s cost will be to pay for security. According to the Post story, a total of 56 vehicles will be used (not counting President One and support aircraft). Of these vehicles, 14 will be limousines. Air Force jets will be flying in airspace over the president’s location at all times. There will also be vehicles ferrying bullet-proof glass panels and other protective equipment for use at wherever the president and his entourage get located. Large numbers of Secret Service personnel will be flying to each of the four cities in the three countries the president will visit. The Post does not give the exact number but to say that “hundreds” of agents will be needed for the trip.

All of these allocations and preparations are typical of any presidential travel. Every presidential trip, even if only here in the U.S., requires security and travel resources. The only reason the question on costs is being brought up in the case of this particular trip is because it comes in the face of sequestration.

The president is visiting the African region not just for the sake of traveling. He is visiting the three sub-Saharan countries to strengthen partnerships and to establish stronger cooperation on matters of health, trade, and security. The United States needs to keep its friends and allies. The trip and its costs are necessary.