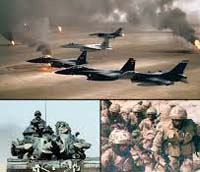 President Barack Obama said (Sept. 15, 2013) that Russia does not share America’s values in Syria, adding that Russian President Vladimir Putin is “protecting” Syrian president Bashar Assad. Obama says that Putin has a “different attitude” about the Assad regime in Syria.

Different attitude is right. Syria, like Iran, is one of Russia’s best business customers. Like Iran, Syria buys military equipment and supplies from Russia. So why should Russia’s “attitude” toward Syria not be different from America’s?

Syria will meet the same fate as Saddam Hussein’s Iraq. Saddam’s Iraq was one of Russia’s armaments market until the 1990-91 Persian Gulf War deposed Saddam and transformed Iraq into an American business partner.

Well, at least that's the dream.