Is Ted Cruz a ‘natural born citizen’ of the United States? A challenge has been filed in court!

Because of the sketchy record of his mother’s life and places of residence, Ted Cruz’ status as a ‘natural born’ U. S. citizen might just be in jeopardy 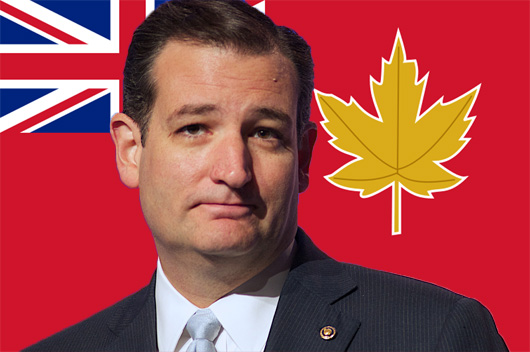 Why these conditions? The framers of the Constitution instituted these provisions in order to ensure that only people engrained in American culture and tradition – and familiar with local social, economic, and political conditions – become the country’s leaders.

Ted Cruz meets the last two of the Constitutional requirement for president. It is the first requirement that is under question. Is Ted Cruz a natural born U. S. citizen or was he a U. S. citizen at the time of his birth?

Under Section 301(g) of the Immigration and Naturalization Act of 1952 (INA), Rafael Edward ‘Ted’ Cruz (who was born on December 22, 1970 in Calgary, Alberta, Canada) is a natural born U. S. citizen if all of the following conditions are met:

Because of Eleanor Elizabeth Darragh’s sketchy life history, the truthful answers to the third and fourth of these conditions are unknown. Should the answers be compliant with the INA, then Ted Cruz is a natural born U. S. citizen. However, there is no record of Eleanor Elizabeth Darragh’s places of residence after her birth – and after she turned 14 years old – except the fact that she was residing in Canada when and where she met and married her second husband, Rafael Bienvenido Cruz.

Will the benefit of a doubt be made in favor of Ted Cruz?

A former Philippines newspaper publisher and businessman, Julius resettled in California, USA, where he simultaneously worked as an instructional and technical writer and engineering department manager and taught college for 26 years. Now retired, he serves as a member of the Alameda County Housing & Community Development Advisory Committee. He also served as a member of the City of Hayward's General Plan Task Force and the city's Planning, Personnel, Citizens Advisory, and Community Services commissions.
View all posts by Julius Willis →
This entry was posted in Uncategorized and tagged citizenship, Eleanor Darragh, immigration, Rafael Cruz, Ted Cruz, US president. Bookmark the permalink.