Nothing but a spoiled brat: the chance to role model and serve society is gone to waste as Justin Bieber is carried away by bad influences 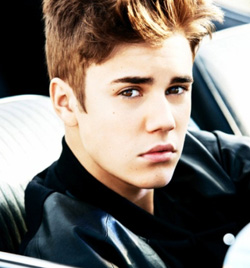 Adored by multitudes of fans, Justin Bieber was on his way to becoming not just one of the world’s greatest entertainers but the great leader of the young in heart and mind, leading the youth in service to communities and peoples around the world. Boom! Blown into bits. Bedazzled by drugs and by bad company, our young hero-to-be has been arrested, jailed, dragged into court, lambasted by the press, and threatened with the possibility of deportation from the U. S. What a whirlwind trip!

A petition for deportation that was sent to the White House in January read in part: “We would like to see the dangerous, reckless, destructive, and drug abusing Justin Bieber deported – and his green card revoked. He is not only threatening the safety of our people but he is also a terrible influence on our nation’s youth. We the people would like to remove Justin Bieber from our society.”

Polls have consistently shown that a majority of Americans agree Bieber is a bad influence for the country’s young. What a pity! It’s not too late to teach society a lesson here: deport Bieber, drop him from all entertainment shows, and stop buying his records and albums.

Well, at least that's the dream.